I’m starting the finishing process on my Rabbit and Sheep Greetings make do, so I thought I’d share some of the details because “turning” a punched piece can be quite a challenge.  Here goes:

Above is the finished punched piece.  I’ll be sharing the pattern with you as soon as I find a blank piece of paper and a sharpie.  (how is it possible that there is not ONE unused piece of printer paper in this house?)

After I finish the punching and aging, it’s time to find a backing fabric and pins.

a bit of ticking and some long pins

Now, place right sides of the punched piece and the backing fabric together….

two rights will make a right!

Here’s the part that makes the world of difference for me.  I make a fold in the backing fabric over the narrowest part of the punched piece.  In this case, the fold goes vertically along the rabbit’s ear…. 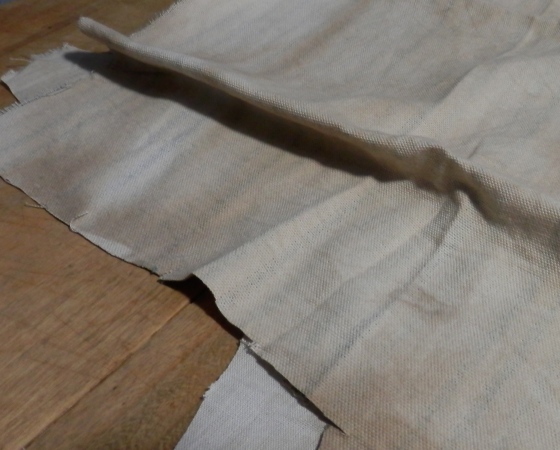 Then, I take that fold and fold it over itself, again, so it’s a very narrow little roll….

a roll of backing

(the above picture is not of the rabbits ear, but the roll concept is the same.) This little roll of backing fabric won’t, hopefully, get caught in my sewing machine needle.  Now, I pin that roll to the punched piece…

pinned and ready to stitch

Having this little roll of extra backing fabric, after everything is stitched together, makes turning so much easier.

Now to stitch ~ be careful NOT to stitch the roll itself….

In the above, you can see that I stitched around the piece twice. (I don’t usually use white thread, but I wanted it to be visible to the camera so you could see the stitches.)  That’s because I put a LOT of stress on the piece as I turn it right side out and I don’t want any seams bursting.   You can also see that I’ve snipped the edges all the way around the perimeter, except by the sheep’s belly, where I haven’t stitched at all.  The belly is where I’ll turn the whole thing right side out. 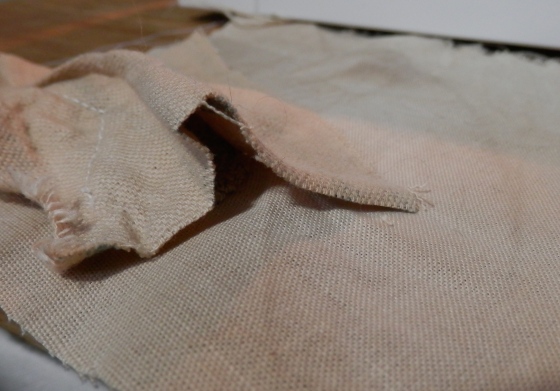 See how much room there is, now, for turning?

That’s actually the rabbit’s arm I’m turning in the above photo.  Even with the extra backing fabric, turning is still challenging…. 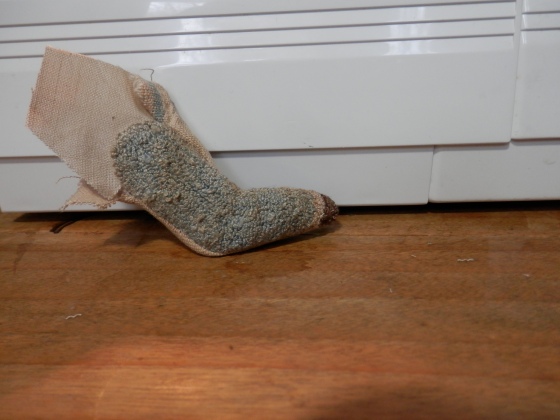 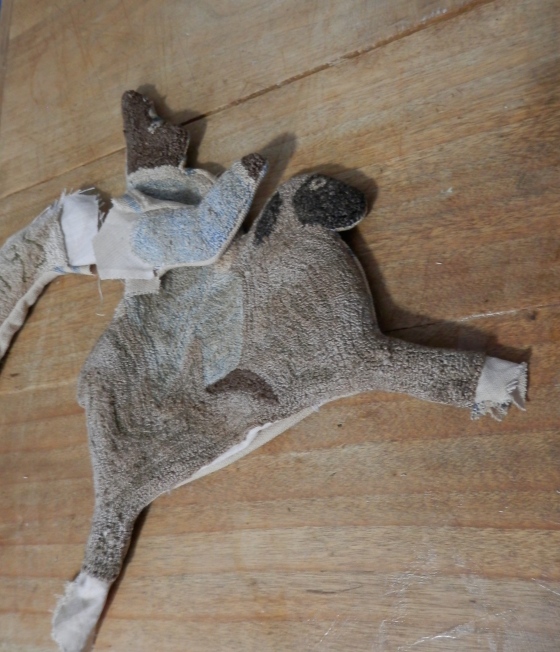 Now everything’s turned and ready for stuffing.  You may notice in the above that the ends of the sheep’s legs are not stitched closed.  That’s because I want to put wood dowels inside the legs to anchor the stuffed piece to the rocker or whatever I decide to use as a base.

I’ll share the pattern with you, if you’re interested, as soon as I get some paper…. maybe next week?

In the meantime, have a blissful weekend!

5 thoughts on “starting to finish…..”

thank you for spending some time with me! Cancel reply